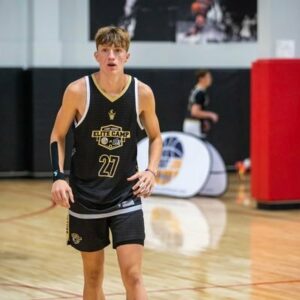 The Vikings are an NCAA Division-II program and compete in the Northern Sun Conference.

Bear, a 6-foot-8-inch forward, is entering his senior season with the Tigers. Last year he averaged 14 points and 5.9 rebounds per game.

He’s played primarily on the wing for Cedar Falls and last year he led the Tigers with 58 three-pointers.