Westhoff, a 6’2″ 215-pounder, started at linebacker his freshman through junior seasons for the Sailors.

This year he suffered an injury in Columbus’ opener and missed the entire regular season. He overcame the injury and started in the Sailors two playoff games.

In 2020, he picked up 106-and-a-half tackles his junior season, which were the most recorded in the state in 11-player football.

“Dallas and his teammates have been instrumental in helping turn Columbus into a perennial contender each fall,” Columbus head coach Brad Schmit said. “He worked extremely hard during the off-season and led by example for the younger guys to follow. Unfortunately, he missed out on all but the last two games this past season because of a broken bone that he sustained in Week 0. His positive attitude and outlook on an unfavorable situation showed everyone involved why he will not only be successful at the next level, but whatever he sets out to do it was an honor to coach Dallas and we are proud to have had an impact on his development in his time at Columbus High School.” 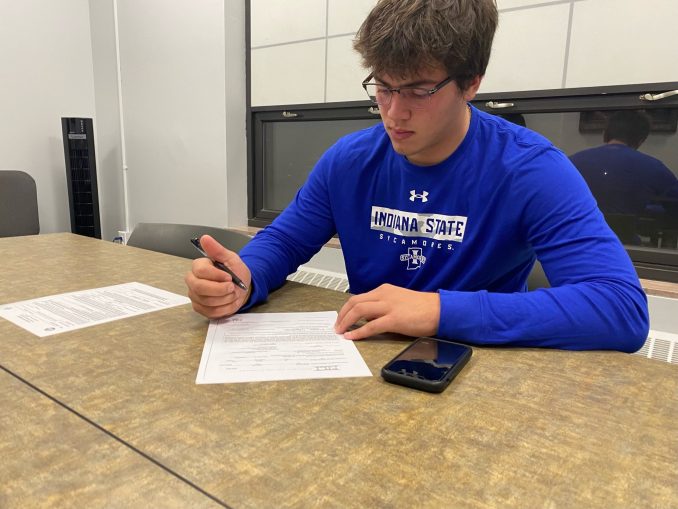